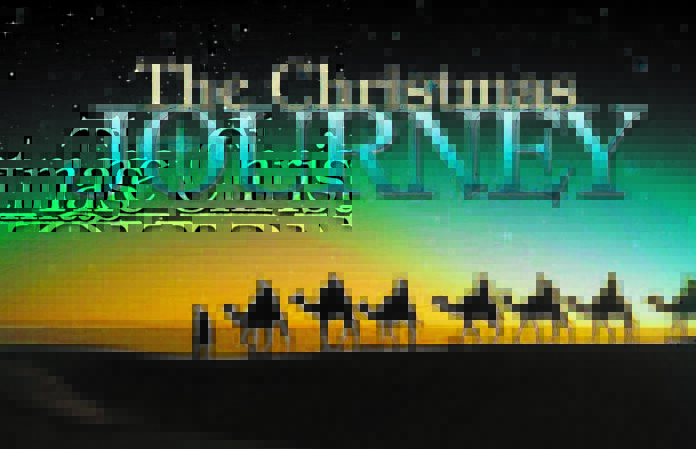 Blake Martin – The wise men traveled from many miles away to see Him. These “wise men,” these men who had status and great dignity, came a very long way to witness for themselves the Christ child. They knew from the prophecies that He was coming. They knew what the age-old traditions said, but that wasn’t good enough for them — they had to see Him for themselves.

When they came, they brought three gifts that we are told about in Scripture. You know the story… those gifts were gold, frankincense and myrrh. They brought gifts because they were coming to visit the One who deserved gifts. They were coming to see the One that had made a journey from Heaven to Earth — a far greater distance than they had traveled to see Him. And these gifts they brought had a much deeper significance than many knew.

Gold was a reminder that He was royalty. Not only was He born a king, but He was also born the King of kings. The very Son of God Himself came in human form to be one of us so He could be our Redeemer King. He was royalty, and they were admitting that by bringing gold.

Have you brought your gold to Him yet? Have you admitted to Him that He is the King of your life? Maybe today is a good time to start.

Frankincense was a reminder that He was sinless and holy. This incense was used in temple worship to signify the holiness of a perfect God. And these wise men knew who Jesus was — He was the sinless Son of Jehovah who would remain sinless throughout His life for our sake.

Have you brought your frankincense to Him yet? Have you admitted to Him that you accept His sinlessness, holiness and perfection? Maybe you could do that right now.

Myrrh was a reminder that He was born to die. This was an element commonly used to prepare bodies for burial. Strange that they should bring this as a gift for a newborn child. But they are reminding us, by bringing this gift, that this Child was born for one purpose — to be a sacrificial lamb, our Redeemer, and pay for the sin of all mankind, past, present and future.

Have you brought your gift of myrrh yet? Have you admitted to Him that you are a sinner and asked Him to forgive that sin by what He did on the cross so long ago? He died for you. Will you accept that gift today?

You may know the Christmas story. You may know all the background of what happened in Bethlehem. But have you seen Him yourself? It’s not enough just to know about Him; you have to know Him personally. That’s the story of the wise men’s journey to meet Him and give themselves to Him.

I think my own personal journey to the manger was more like the young shepherds that came than like that of the wise men. Shepherds were regular, everyday people. They weren’t the upper echelon of society. They weren’t the high and mighty. They spent their days with the sheep, defending the flock with their very lives should the need arise. This is the life God has called me to as well.

You know how it went down, right? They were out in the fields attending their sheep and doing what they did best when, out of nowhere, angels appeared singing “Glory to God in the highest, peace, goodwill to all.” The angels told them of their King that had been born and informed them that if they would follow the star to the place where He was that they could worship Him there. So, they went, they found and they worshipped.

I was so blessed to be raised in a home where God was first priority. I’m thankful for my family. But there came a time in my own life when I had to realize that God doesn’t have any grandkids. No one has a personal relationship with Christ just because their parents did and they, therefore, inherited it. We all must come to the place of making our own decision to follow Him.

It was Oct. 31 and our youth group had gone to the “Hereafter House” that night on the church bus. I knew what I needed to do to be saved. God had sent His angels in the form of the many volunteers who took part in the drama that night, and they pointed me to where Jesus was. They told me of a star that I could follow to find Him. That star was the Holy Spirit, and He was already pointing the way to Jesus.

I don’t know why I waited, but nonetheless, I did. I waited until I got home. I guess you could call that my “journey to the manger” of sorts. But when I got home, I got in the shower. It was there that I fell on my face before my Christ, admitted my sin to Him and asked Him to forgive my sin and be my Savior and Lord. He said, “Yes.” He always will.

My reaction was much like I imagine the shepherds reacted after seeing Jesus that night. I wanted everyone to know. I didn’t want to be a “secret Christian.” I wanted to be baptized to tell the world that I belonged to Him now. I wanted to tell my friends, my family and everyone to come see this Jesus who had saved me from my sin!