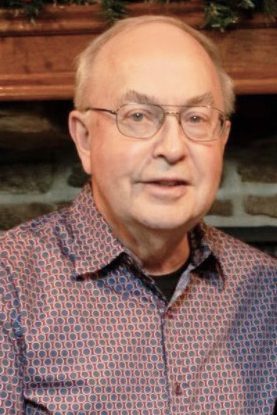 John Henry Allen, 78 of Bentonville, passed away on Aug. 7. He placed his trust in the Lord at a revival at his church in 1954, at the age of 10. Bro. Allen served as clerk/treasurer for the Baptist Missionary Association of the Ozarks for over 40 years, on the board of the BMA Theological Seminary for 10 years, Ministers Resource Services for 10 years and also served many years at his church, First Baptist Church of Cave Springs, in several positions, including deacon, teacher and worship leader.

After graduating Bentonville High School in 1962, Bro. Allen attended Central Baptist College for two years before transferring to the University of Arkansas, where he earned a bachelor’s degree in accounting in 1966.

He was a Certified Public Accountant at his private practice for over 40 years and received several public service awards from the Springdale Chamber of Commerce and the Arkansas Institute of Certified Public Accountants. He served as president of the Springdale Lion’s Club and was granted an honorary lifetime membership. He also loved being outdoors, fishing, hunting, camping, golfing and caring for his perennials, especially his irises.

In lieu of flowers, memorial gifts may be made to Circle of Life to support patient and family care at Circle of Life, 901 Jones Road, Springdale, Ark. 72762 or GiftsToCircle.org.

A memorial service will be held at 2 p.m. on Aug. 11 at First Baptist Church in Cave Springs  with Wade Allen and Michael Battenfield officiating. Interment will follow at Elm Springs Cemetery under the direction of Memorial Funeral Home in Springdale (memfuneral.com).

CO:MISSIONED in Asia-Pacific — Keeping Up the Good Work

Get All of the Benefits of a Total Access Subscription